THIS YEAR’S SUMMER SCHOOL FOCUS: JOURNALISM IN THE ERA OF ALGORITHMS AND ARTIFICIAL INTELLIGENCE

The business and practice of journalism are changing profoundly. Algorithms, artificial intelligence and automation are already applied in many aspects of news production, distribution, and consumption. Leading media companies have started to automate news content with little to no human intervention – so called robot journalism. Algorithmic filtering of social media news feeds may have implications for media pluralism and democracy. Broad use of content curation algorithms and the rise of automation in journalism brings both opportunities and challenges that we aim to understand better and discuss at the 7th edition of our Summer School.

Building on the success of previous years, this year’s Summer School will offer the opportunity to around 25 journalists and media practitioners to learn about the latest developments in the media market, regulation and practice, as well as to share their experiences, ideas and points of view. The Summer School programme is structured around keynote presentations by distinguished experts and follow-up interactive sessions.

This year’s topics will include:

Academics affiliated with CMPF and renowned experts and journalists. Further presenters will announced in the coming weeks. 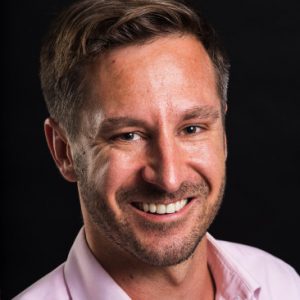 Ryan is political editor at POLITICO Europe, with particular responsibility for shaping POLITICO’s 2019 European elections coverage. Ryan served for three years as the original author of our Brussels Playbook column.

He began writing for national newspapers in his native Australia in 1999, and is the author of two books. After working as a speechwriter for the British civil service, he joined the European Commission working for President Jose Manuel Barroso and Vice President Neelie Kroes as a spokesperson. Ryan is regular policy commentator on outlets such as BBC, CNN, MSNBC, and Deutsche Welle. He has reported from major events such as the World Economic Forum in Davos, G7 summits and US political conventions.

Gabriela Jacomella is a Policy Leaders Fellow at the EUI’s School of Transnational Governance, focusing on disinformation and transnational policies. After her MA in Literature at Scuola Normale (Pisa), she worked for 9 years as a reporter for Corriere della Sera (with a break as a fellow at the Reuters Institute in Oxford) before moving to South Sudan to train local journalists. In 2013, when conflict broke out in the country, she moved back to Italy. In 2016 she co-founded Factcheckers.it, a no profit association for  educational fact-checking. In 2017 she published f Il Falso e il Vero (Feltrinelli). 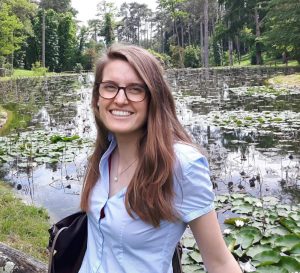 Ofra Klein is a PhD researcher at the European University Institute. She previously studied Social Sciences and Digital Humanities. Ofra worked as research assistant at Vrije Universiteit Amsterdam and the Berkman Klein Center for Internet and Society at Harvard University. Her research interests are in the field of right-wing populism, online mobilization, political internet memes and harmful speech.

Fazila Mat, is one of the curators of the Resource Centre on Media Freedom  for Osservatorio Balcani Caucaso Transeuropa (OBCT), a platform providing open and systematized access to a wealth of contents on media freedom and pluralism in Europe. The platform has been developed within the project “European Centre for Press and Media Freedom”, and it aims to become a hub for exchange and networking for a range of different actors with interest in media freedom, including journalism students, media practitioners, media experts and policy makers.

She holds an MA in Humanities from the University of Milan and she has been working both for OBCT and other media outlets as a contributor on Turkish affairs since 2008. In 2014 she conducted field research on the working conditions in Turkey within the “Safety net for European journalists” project. Since 2016 she has been working for OBCT as researcher on the situation in Turkey with a special focus on fundamental rights.

Enrico Menduni is full-time Professor at Roma Tre University, where he teaches Tv and Radio Broadcasting: cultures and formats; Photography: History and Criticism; Digital Media: TV, Video, Internet. In 2016-17 he led, as scientific director of the project, the scientific team (ISIMM Ricerche and Roma Tre University) in charge of Monitoring the representation of women in Rai Television Programming. Since 2016 he is the Scientific director of a team devoted to qualitative monitoring applied to Mediaset programming. 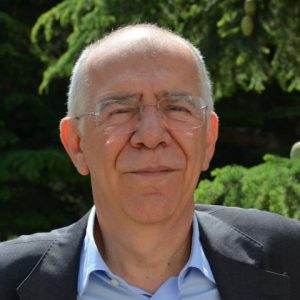 As regards research in the media and Internet areas, Professor Parcu’s interests focus on the effects of ownership concentration and internal governance of the media enterprise on pluralism and freedom of expression and on the influence of offline business models on new economic developments related to online platforms, smart cities and artificial intelligence. 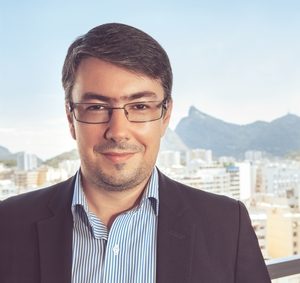 Professor Souza is a Director of the Institute for Technology and Society of Rio de Janeiro (ITS Rio). He is a Law Professor at Rio de Janeiro State University (UERJ), teaching Private Law and Internet Regulation. He is an Affiliate Fellow at the Information Society Project/Yale Law School and currently coordinates the Secretariat of the Global Network of Internet and Society Research Centers (NoC), a network of more than seventy centers focused on issues such as artificial intelligence and digital rights. Professor Souza has coordinated a group of researchers that have assisted the Ministry of Justice in the online consultation that created a Brazilian Internet Bill of Rights (now a Federal Law). 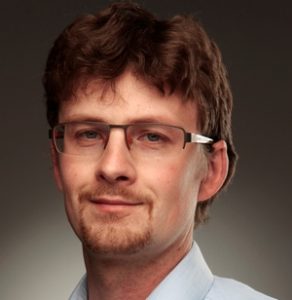 Vaclav Stetka is since 2016 Lecturer at the Department of Social Sciences, Loughborough University. Between 2009 and 2013 he worked as Senior Research Fellow at the University of Oxford, then he was appointed Head of the Political Communication Research Group (PolCoRe) at Charles University in Prague. He is currently participating on several international research projects, including the COST IS1308 Action on Populist Political Communication (2014-2018), Reuters Institute’s Digital News Project (since 2015) and Media Pluralism Monitor, EUI (since 2015). Since 2016 he serves as Vice-Chair of the Political Communication Section (ECREA). His research interests involve social media, political communication, media ownership and the relationship between media and democracy. 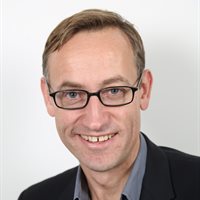 Damian Tambini is Research Director and Associate Professor in the Department of Media and Communications of the LSE, and head of the MSC in Communication Governance. Damian is also an Associate Fellow at the Institute for Public Policy Research and at the Oxford Internet Institute.

He serves on the Editorial Commission for the Open Society Foundation’s Mapping Digital Media Project and the UK Board of Reporters Without Borders.

Between 2002 and 2006 he directed Oxford Universtity’s Programme in Comparative Media Law and Policy. Damian has authored numerous articles and books on media law and policy and political communication. 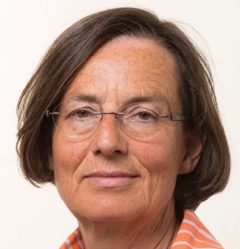 Helen Vogt is a long time reporter and editor with the Norwegian News Agency, NTB (www.ntb.no), covering politics and international affairs. Her experience includes working as correspondent to China and to the EU. Since the digital breakthrough she has been focusing on technology driven news product development. As Head of Innovations at NTB she pioneered the use of automated journalism and was responsible for launching Norway´s first robot journalist in 2016. 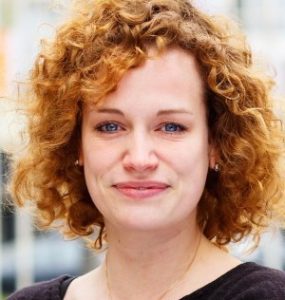 Andrea joined the Global Alliance for Media Innovation as the INJECT Project Coordinator in 2017. She is interested in media innovation labs, journalism startups and other new initiatives to understand how media innovation works exactly and how it could be stimulated. This is also the focus of her ongoing PhD-research and research projects at the University of Groningen. Before joining GAMI, she worked as a (freelance) journalist and researcher. 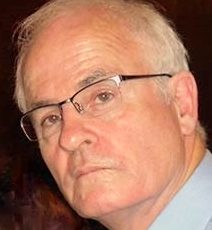 Aidan White is the Director of the Ethical Journalism Network, the global organisation of the world’s major media professional groups which promotes ethics, good governance and self-regulation of journalism across all media platforms. White has worked on numerous publications including The Guardian and the Financial Times and for 24 years was General Secretary of the International Federation of Journalists, during which time he helped create the world’s largest organisation of journalists with members in 126 countries. He founded the EJN in 2012 and today the Network has more than 60 members and supports programmes to strengthen journalism in the Middle East, South Eastern Europe, Africa and Asia.

The Summer School is open to early and mid-career journalists and other stakeholders in the news industry. We aim to have participants from a variety of countries and backgrounds but scholarships will be available only to the participants from EU member states, accession and neighboring countries. The selection of participants will be made by the CMPF based on the information provided in the application form.

We offer twenty (20) scholarships that cover the following: travel expenses (up to 300 EUR), accommodation for 5 nights, tuition fees, all course materials, access to the EUI library, Wi-Fi access at the EUI, social activities, lunches and coffee breaks on lecture days. The scholarships are available for outstanding candidates from EU member states, accession and neighboring countries by application only. Please note that unsuccessful applicants for these places will not be considered for a fee-paying place at the School. Scholarships are not intended for participants who can be funded by their own institutions.

Fee: €1000. The fees include: 5 nights’ hotel accommodation, all tuition, all course materials, access to the EUI library, Wi-Fi access at the EUI, social activities, lunches and coffee breaks on lecture days.

Selected candidates will be contacted from 30 March 2017

The working language of the Summer School is English.

Shared knowledge of common European journalistic professional rights and rules; up-to-date overview of the legal principles governing content online; strategies for the development of new business models in journalism; newest trends in the journalistic practice, analysis of the state of play of pluralism and freedom in the digital media environment; interactive session proceedings; networking among participants and among participants and speakers.

A Certificate will be awarded to each participant who has successfully completed the training course.

Click here to go to the Summer School application page.

The Summer School is organised by the Centre for Media Pluralism and Media Freedom (CMPF) at the Robert Schuman Centre for Advanced Studies of the European University Institute (EUI). The EUI is a renowned international institution, hosting a community of more than 1000 academics and policy-makers from over 60 countries. It is located on picturesque hills above Florence.