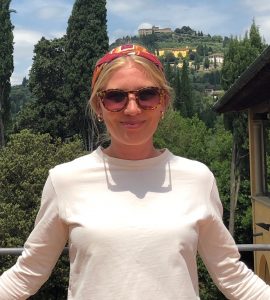 By Karis Hustad,
student in the Erasmus Mundus MA in Journalism, Media and Globalisation
at Aarhus University and City, University of London

Nothing strikes fear into the hearts of news editors in 2018 like Chartbeat numbers sinking overnight without any explanation aside from “Facebook changed their algorithm.” But it’s a reality for most news outlets— 60 percent of global publishers’ traffic in 2017 came from a combination of search and social. Even as platforms pledge to work better with journalists to fight fake news and keep traffic flowing, algorithms remain opaque, leaving newsrooms scrambling when a tweak renders their content invisible to their social-oriented audience. This cycle demoralizes journalists who feel a loss of control over storytelling, isolates audiences who feel important issues are being overshadowed by clickbait and creates an unsustainable pageview-oriented business model. Not to mention, it brings up ethical concerns when it comes to reporting on social media companies that have become an important part of the revenue model.

This has been acutely felt in the United States, where newsrooms were severely hit by the digital shift but are in close proximity to leading tech companies. Some newsrooms have responded by becoming cozier with platforms through the Facebook Journalism Project and grants from the Google Newslab. But that doesn’t mean platforms treat newsrooms well in return: Facebook said it expects its most recent algorithm change to decrease referral traffic for publishers across the board. The time has come for newsrooms to diversify their storytelling strategies away from appeasing platforms, and instead focus on non-algorithmic, audience-oriented incentives. A rising number of US journalism startups and initiatives within large media companies are showing that it can work—and it may be the only way out of the financial and trust quagmire that comes with the unequal relationship between platforms and journalism.

First, there are startups that are recognizing the need for a business model shift and are forging a path that others could follow (or even integrate into their own newsroom). Hearken is one of the most prominent startups advocate for this change. Founded by former WBEZ reporter Jennifer Brandel, the startup sells consulting services and a platform where audiences submit questions about their community, vote on their favorites and participate in the reporting process, helping to shape the story. Their product is used in over 100 newsrooms and has led to stories such as a look into why boys in Chicago high schools used to swim nude in gym class and following a soda can through Austin’s recycling system. While stories like these could get ignored if a journalist was just focused on what might pop up on at the top of a Google search result, Hearken’s model has led to increased subscriptions, members, pageviews, social shares and sponsorships at its participating newsrooms because audiences were more invested in the storytelling. De Correspondent, a news startup based in the Netherlands that is currently planning its US roll-out, built their newsroom on this model. First launched in 2013, the site focuses on context and solutions-oriented stories produced by journalists who utilize their audience as resources throughout the storytelling process. The site is ad-free and instead gains revenue from its base of 60,000 members who pay 70 euros per year for access to the site. For its US launch, De Correspondent is working with the Membership Puzzle Project to ensure that their model can stay oriented toward audience, even in a new setting. Their efforts are still early, and results largely based on circumstantial evidence—Hearken in individual newsrooms and stories, De Correspondent in the relatively small and homogenous setting of the Netherlands. However, with more newsrooms participating and experimenting with these models, the promise of these startups could be realized on a larger scale.

Second, podcasts, documentaries and newsletters create more intimate storytelling environments which offer more control to producers. While the New York Times is known for its storied print tradition, their audio efforts have quickly become a model for the growing podcast industry. The news outlets’ flagship podcast, The Daily, has reached a daily listener base of 1 million, just over a year after launching. The short format (20-minute) podcast puts a narrative and behind-the-scenes twist on the Times authoritative reporting, and has been able to attract ad revenue that rivals video. The Times is now planning on building off its success with produced TV series based on popular columns, all moves that push the newsroom toward gaining loyal subscribers. But there are also simpler ways to get this quality connection with a valuable audience. Last year The Christian Science Monitor (full disclosure: my former employer) bet on an ad-free, subscriber-oriented content model called “The Daily”: a package of five news stories, plus an editorial and spiritual take on the news, available on their website and emailed to subscribers at 6 pm on weeknights. The goal is to give people a “more thoughtful, less neurotic” take on the news, associate publisher David Grant told Nieman Lab. Within a year they hit 10,000 subscribers, with a 50 percent open rate and 20 percent click through rate.

The question here, of course, is saturation point. Newsletters and podcasts have both exploded in popularity in the last few years. However, this could boost quality: Competition for ears and eyes will also push publishers to think originally in order to stick out to their audience, rather than how to stick out to an algorithm. This doesn’t mean that newsrooms should forgo platforms altogether. Breaking news will still need to be reported whether audiences ask for those stories or not. Journalists should still post stories and converse with audiences on social media, given that is where audiences are often accessing news. It’s more about an incentive shift: Is the goal to push for clicks or push for deeper engagement with audiences? This will require a culture shift from the top-down hierarchical structure that journalists in the US have long enjoyed and championed, as well as time and resources for experiments that may not work out. But it also provides endless opportunities for creativity. The examples above are just a few of
the ways people are thinking differently. There are also experiments with live theater and blockchain for local journalism in the works. When broken away from the chains of an algorithm of someone else’s making, what will journalists create?