We are pleased to announce the 10th edition of the annual School for Journalists and Media Practitioners organised by the Centre for Media Pluralism and Freedom (CMPF), at the European University Institute.

The 2021 edition consists of two webinars open to all upon registration, focusing on recommendations to ensure the safety of journalists and the path towards a European Media Freedom Act.

Day 1 – Ensuring the Safety of Journalists: a constant battle

In September 2021, the European Commission presented a list of Recommendations to strengthen the safety of journalists and other media professionals. These aim at targeting recurring concerns about the safety of Journalists such as security threats, political and economic pressures, or harassment cases. Drawing on the Council of Europe Standards, these recommendations urge member states to promote protective measures for journalists to avoid, among others, online harassment, threats during protests, as well as violence against specific groups such as women or journalists from minority background. The European Commission also insists on the fact that Member states duly investigate and prosecute criminal threats against journalists.

During the first day, our experts will analyse the Recommendations and discuss the next steps to ensure the safety of journalists in the European Union. 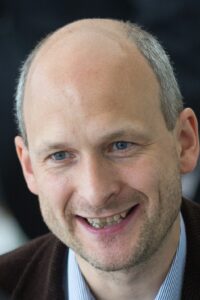 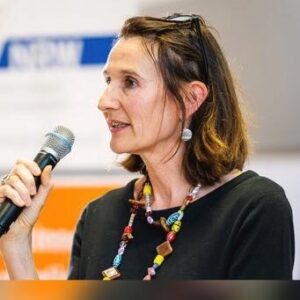 Renate Schroeder is the Director of the European Federation of Journalists. In 1993 she joined the International Federation of Journalists (IFJ) and since 2003 she works for the EFJ. Advocacy at EU and Council of Europe level; presentation of EFJ at international meetings and fact-finding media freedom missions; member of juries of journalistic prizes, project work, communication and assistance in several EFJ expert groups including on freelancers,   media literacy and digital journalism, cover her work-load in the small dynamic Brussels office.

Renate Schroeder studied International Relations and Political Science at Boston University (Bachelor’s Degree in 1988) and in Berlin at the Free University (Masters in 1992). She worked at the United Nations, New York, the research institute FAST in Berlin and the Friedrich-Ebert Foundation in Brussels before she joined the EFJ.  She is of German nationality and speaks English, French, Italian, German and Spanish (passive). 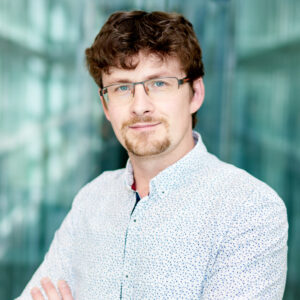 Václav Štětka is Senior Lecturer in Communication and Media Studies at the School of Social Sciences and Humanities, Loughborough University (UK). His research interests encompass political communication and the role of new media, media systems in Central and Eastern Europe, media freedom and journalistic autonomy.

He is an active contributor to several international research projects and networks, including the Digital News Report (Oxford University), Media Pluralism Monitor (European University Institute in Florence), or the Network of European Political Communication Scholars (NEPOCS). Since 2019, he is Principal Investigator of "The Illiberal Turn" project, examining news consumption and political polarization in Eastern Europe. The Illiberal Turn project has recently published a report with practical recommendations for media policies and journalistic practices. Václav Štětka is also member of the Committee for Editorial Independence of the Czech media house Economia. 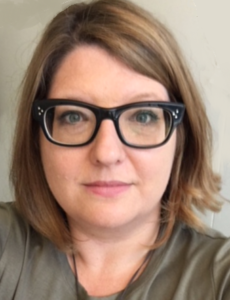 Urška Umek is Head of Media Unit at the Council of Europe’s Information Society Department, responsible for developing standards in the area of freedom of expression and media freedom. She previously worked as a lawyer at the Registry of the European Court of Human Rights and lawyer-linguist at the Court of Justice of the European Union, following several years working as a legal adviser at the Constitutional Court of the Republic of Slovenia, where she also headed the Research and International Cooperation Department. She contributed, among other, to the 2011 Commentary to the Constitution of the Republic of Slovenia. 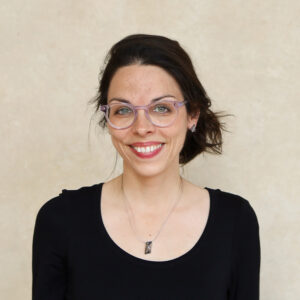 Mária Žuffová is a research associate at the Centre for Media Pluralism and Media Freedom at the European University Institute. She helps to coordinate the Media Pluralism Monitor project, where she oversees the area of Fundamental Protection. Besides other indicators, this area also assesses the conditions for the safe conduct of journalistic work in the offline and online environment. Mária’s research interests include media freedom, the right of access to information and its use by various actors, and gender stereotypes in the media and politics. She holds a PhD in Politics from the University of Strathclyde in Glasgow.

In 2021, Mária co-authored and published a report on the safety of journalists titled Safety of Journalists in Europe: Threats and Best Practices to Tackle them.

In recent years, the European Commission has created an important set of legal and policy tools to foster structural changes in a media ecosystem whose balance has been affected by digitalisation. Among these, the Audiovisual and Media Directive aims at coordinating national legislation on all audiovisual media; the European Media and Audiovisual Action Plan for Media sets the conditions to allow more innovation in the sector; and the Recommendation on Protection, Safety and Empowerment of Journalists aims at ensuring safer working conditions for media professionals.

In order to complement this legislative arsenal, the European Commission is working on the Digital Services Act and on the Digital Media Act, as well as on a European Media Freedom Act that would protect media freedom and pluralism. If acted, these would contribute to creating a safer media market and digital space. The European Media Freedom Act, in particular, would be of extreme importance to protect media as cornerstones of our democracies and will be discussed by a panel of experts.

During the second day, our experts will explore these instruments and discuss the strengths and weaknesses of the proposed approaches. 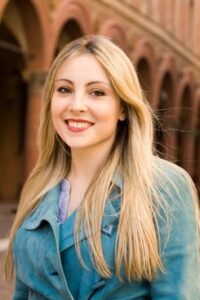 Francesca De Benedetti is a 38-year-old Italian journalist with European background and vocation. She covers European politics as a staff reporter at Domani, a newly-born Italian daily newspaper, where De Benedetti also manages the foreign desk and the newspaper’s cooperation with European networks. She previously worked at La Repubblica: she joined Italy’s leading newspaper in 2013 as a winner of a journalistic competition and then remained at the newspaper for years, working both for printed edition (foreign news, business news, cultural magazine, weekly magazine) than for the digital branch (Repubblica Tv, Rep.it). In 2018 the Rome-based journalist covered Italian elections and politics as a contributor for “The Independent”. In 2019 she was the European winner of the journalistic prize “Re-Collecting Europe” promoted by Goethe-Institut London. The grant was intended to finance a one-month journey through the UK, to examine the impact of Brexit on civil society and young people in particular. Reports were published in La Repubblica. Since 2019 she has been a staff reporter at La7, the Italian TV channel: she worked at Tg La7, La7’s newscast, where she covered Italian politics during the 2019 government crisis; she then worked at Tagadà, La7’s current affairs programme, covering foreign affairs, EU politics, Italian politics. Since July 2020, she started working at Domani, where she intensively covered European politics, with particular attention to the rule of law issue. Some of her reports about France have been translated and published for French audience in “Courrier international”. Since her career started, Mrs De Benedetti also wrote for the Italian cultural magazine MicroMega, she made research and analysis at the European Journalism Observatory, she produced paneuropean contributions for N-Ost network and she did media analysis on the issue of fake news for Democracy Reporting International.

Her cultural background is interdisciplinary and it is characterized by a European vocation. At the University of Bologna, De Benedetti has a first-level degree (full marks with honours) in International Relations, and a second-level degree (full marks with honours) in Semiotics. Her first thesis was about “The EU communication strategy”, the further one was prepared at Sciences Po (De Benedetti won a grant for final dissertation-research abroad), and the research theme was:  “In search of a European public opinion. A comparative analysis of the European press. Case studies: The French referendum and the rejection of the European Constitutional Treaty (2005) / The Irish “No” to the Lisbon Treaty (2008)”. De Benedetti also attended the school of journalism at the University of Bologna. 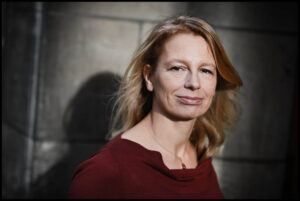 Natali Helberger is Distinguished University Professor of Law and Digital Technology, with a special focus on AI at the University of Amsterdam, and elected member of the Royal Netherlands Academy of Arts and Sciences (KNAW) and of the Royal Holland Society of Sciences and Humanities (KHMW). Her research over the past 5 years has concentrated on questions of how AI and ADM transform society, and the implications this has for law and governance. In pursuit of these questions, she is one of the co-founders of the Research Priority Areas Information, Communication and the Data Society and Human(e) AI. As one of the four AI University Professors at the UvA, member of the Dutch National AI Coalition, the VSNU AI Expert Table and track leader in the national Digital Society Initiative, Helberger plays an active role in shaping the conditions for AI research in the Netherlands. 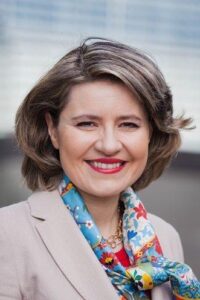 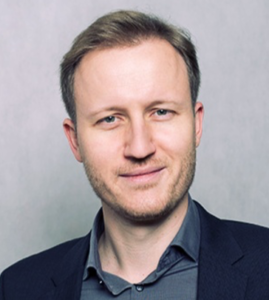 Ľuboš Kukliš is Chief Executive at the Council for Broadcasting and Retransmission of Slovakia and Chair of the European Platform of Regulatory Authorities (EPRA).

In 2018 and 2019, he was Chair of European Regulators Group for Audiovisual Media Services (ERGA) and currently leads ERGA’s work on disinformation.

Ľuboš frequently speaks at public events and cooperates with international organizations on possible solutions on topics such as the spread of disinformation, protection of minors in the online space, or regulation of new media.

He is a lawyer by training and holds PhD in Administrative law. 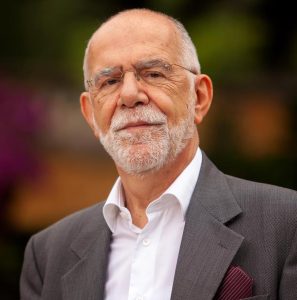 Pier Luigi Parcu is part-time Professor at the European University Institute (EUI) since 2010. He is currently Area Director of the FSR Communications & Media, Director of the Centre for Media Pluralism and Media Freedom and Director of the Florence Competition Programme in Law and Economics.

From 2004 he is the Chairman of a consultancy company specialized in antitrust and regulatory issues. From 2000 to 2003, he has been CEO of the Independent System Operator running the Italian Electricity Grid (GRTN). From 1991 to 2000 he was the Director of Investigation at the Italian Competition Authority (AGCM) in charge of several regulated sectors. Previously, he served as Chief Economist at the Italian Security and Exchange Commission (CONSOB) and as Economist at the International Monetary Fund (IMF).

He holds a Ph.D. in Economics from the University of California at Los Angeles (UCLA). His research in the area of industrial organization and law and economics focuses on the interaction between regulation and antitrust in shaping firms’ behaviour. In the field of media, Professor Parcu’s research focuses on the democratic and economic challenges associated to digital platforms, as part of his broader interest in innovation dynamics in the digital economy and in emerging technologies. He also works on the effects of ownership concentration and internal governance of the media enterprise on pluralism and freedom of expression.

The  School is organised by the Centre for Media Pluralism and Media Freedom (CMPF) at the Robert Schuman Centre for Advanced Studies of the European University Institute (EUI). The EUI is a renowned international institution, hosting a community of more than 1000 academics and policy-makers from over 60 countries.