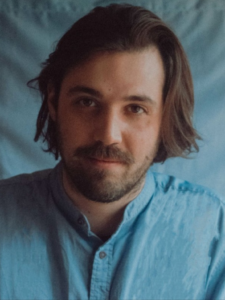 He investigated the decline of media freedom in Serbia in the context of the EU integration process. He worked with the Independent Journalists’ Association of Serbia (IJAS) on the analysis of Serbia’s progress in the EU negotiation process, especially in relation to the Action Plan for Chapter 23 with regard to Freedom of Expression.

Afterwards, he worked as one of the editors, researchers and curators of the Resource Centre on Media Freedom run by Osservatorio Balcani e Caucaso Transeuropa (OBCT) within the project funded European Centre for Press and Media Freedom. In this context, he co-authored the special dossier entitled “Media Capture: a toolkit for 21st-century autocrats”. Following the experience with OBCT, he joined the CEU Centre For Media, Data and Society (CMDS) to work on the Media Influence Matrix (MIM), a project aimed at investigating the effects of rapid shifts in sources of funding and technology on contemporary journalism.