Dirk Voorhoof obtained Master degrees in Law (1979) and Communication Sciences (1980) and a PhD in Law in 1990, Ghent University. He was a lawyer at the Brussels Bar from 1990-1992 and member of the Federal Commission for Access to Administrative Documents from 1994-2005. He is a member of the Flemish Regulator for the Media (since 2006) and was a member of the Flemish Media Council (2005-2012). He lectured at Antwerp University (1991-1993), Brussels University KUB (1993-1998) and he is teaching Media Law at Copenhagen University since 2004. He is a professor at Ghent University since 1992, with courses in Media Law, Copyright Law, Journalism & Ethics and European Media Law, both in the Law Faculty and in the Faculty of Political and Social Sciences, Communication Studies. From 2002-2007 he lectured at the University of Oxford, MLAP (Media Law Advocates Programme). He also recently lectured in Summer School Programmes on Human Rights, Journalism and Freedom of Expression at Europa Universität (Frankfurt/Oder, Viadrina) and European University Institute (Florence, EUI). He is a member of the research groups Center for Journalism Studies (CJS), Faculty of Political and Social Sciences and Human Rights Centre (HRC), Law Faculty at Ghent University and he is supervisor of a research project at Ghent University on freedom of expression and chilling effect (2011-2014). He regularly reports on developments regarding freedom of expression, media and journalism in Iris, legal newsletter of the European Audiovisual Observatory (Strasbourg), Auteurs & Media (Larcier, Brussel) and Mediaforum (VMC/IVIR, Amsterdam). 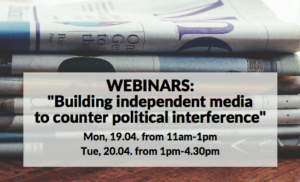