The Media Pluralism Monitor (MPM) is a tool that has been developed by our Centre to assess the risks for media pluralism in a given country.

In 2019 the CMPF is implementing the MPM2020. A Media Pluralism Monitor that has been updated to reflect the monumental changes shaped by the Internet and the ways in which news and information gathering, production, dissemination and consumption have changed.

The existing indicators, covering four main areas; basic protection, market plurality, political independence, and social inclusiveness, contain variables that cover legal, economic, and socio-political questions measured according to a risk scale of low, medium, and high. Many previous indicators have been adapted to measure traditional as well as online media and some indicators were supplanted by more relevant or pressing issues requiring an appraisal.

First, the CMPF conducted an Independent Study on Indicators to Assess Risks to Information Pluralism in the Digital Age, based on a comprehensive literature review, exploration of relevant data sets, and on consultations with experts and stakeholders. In particular, experts in the field and MPM country teams were sought for comment on the initially proposed updates. This study, to be published upon completion of the project, provided the theoretical framework needed to develop updated indicators to measure the risks to news pluralism online.

Based on the successful completion of the Independent Study, the CMPF has developed a new MPM tool, improving consideration of risks to pluralism from the online dimension and allowing for an extraction of a digital-related score for each country covered. These new indicators will provide insights into legal, economic, and socio-political conditions that reflect the resilience or, conversely, the vulnerability of specific countries.

Secondly, the CMPF is implementing the MPM2020 to provide an assessment of information and media pluralism on and offline in all EU countries and two candidate countries: Albania and Turkey. 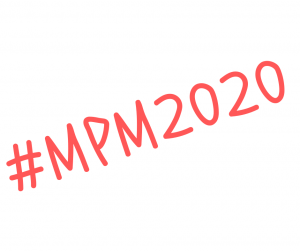 Previous MPMs have taken into account digital indicators; net neutrality, freedom of expression online, internet access, digital literacy, the role of media in democratic electoral processes, and digital safety of journalists. However, due to such a rapid pace of change, the MPM requires a fresh approach in order to capture better the scope of contemporary risks to media pluralism. This is the aim of the MPM2020.