Digital privacy and security breaches, misogyny, online harassment, sexualised hate speech, coordinated smear campaigns, death threats – the majority of women journalists have experienced some of these expressions of violence during their career, as has been recently concluded by the UNESCO research report. Their report and another one by the International Press Institute concluded that the extent and severity of violence aggravate for women journalists of black, Asian or minority ethnic backgrounds, Jewish or Muslim journalists, and members of the LGBT+ community. The intersection of gender, race, religion, and other aspects of social identity is thus extremely important when discussing violence against women journalists, as has also been recognised by the European Commission in its Recommendations to strengthen the safety of journalists and other media professionals.

Online and offline violence against women journalism is on the rise

Our flagship project Media Pluralism Monitor also includes variables that assess the safety of women journalists in the offline and online environment in the EU member states and candidate countries. The results confirm that the trend has been gradually worsening. Only six of 32 assessed countries were reported to be free from physical threats and attacks. The anonymity of the online environment encourages abuse and violence to spread and go unpunished. As for life safety, the murders of Maltese investigative journalist Daphne Caruana Galizia in 2017 and the killing of Lyra McKee in 2019 have demonstrated that the EU is no longer a safe place for women journalists.

More data is needed to assess the extent of the issue

The latest MPM results also emphasise two critical issues: data gaps and violence against journalists coming from political actors. While there is anecdotal evidence that indicates the magnitude of the issue, we lack systematically collected gender-disaggregated data on the attacks against journalists. In most of the EU member states, the relevant departments that collect crime statistics differentiate between the gender of the survivor but do not recognise that some professions might deserve special protection from violence and thus, such attacks need to be specially recorded.

Moreover, considering that official statistics on violence against women, in general, do not represent true values, as they are heavily underreported by survivors, with patchy data we have now, we are likely to see the tip of the iceberg only. Therefore, as was also stressed in the EC Recommendations, EU member states should “improve transparency in reporting and data collection on attacks and discrimination against women journalists”. To improve their safety, we need to start by counting them, making their experiences of abuse and violence visible.

Violence against journalists is increasingly perpetrated by political actors

However, this is very difficult to do when political actors whose role is to support media freedom and help to create safe and favourable conditions for independent journalism are often in the front lines of those leading the attacks against journalists. As the available research suggests, this behaviour can further incite violence in the streets and contribute to diminishing public trust in the press. Increasing threats and dehumanising language towards journalists coming from high-level politicians were reported, for example, in the Czech Republic, Slovakia and Slovenia. Therefore, to improve journalists’ safety, including women journalists, politicians need to go by example and recognise the media’s vital contribution to the informed citizenry and quality of democracy.

When fewer women work in journalism, our democracies lose tremendously

Why should we care about violence against women journalists? The available research shows it has serious personal and professional consequences. It can lead to self-censorship or avoiding covering topics that polarise society. At worst, women journalists might decide to leave the profession altogether.

When women become invisible in journalism, annihilated as a prominent sociologist of news production Gaye Tuchman framed it, and their voices weakened, journalism and our democracies lose tremendously, as their representation in the newsrooms has an enormous impact on what topics are discussed and how other women are portrayed in the media. 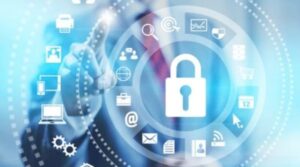